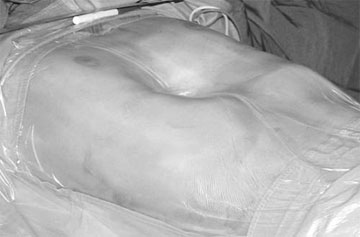 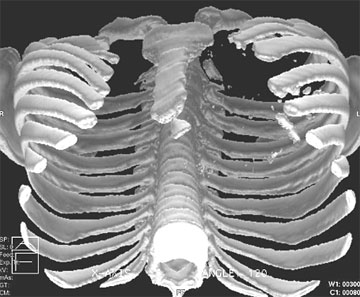 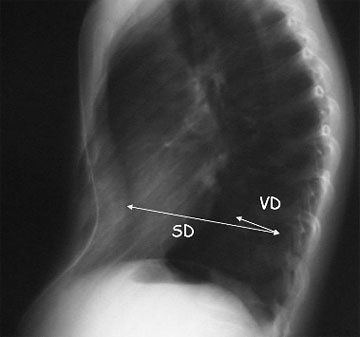 The “classic” technique (Ravitch – Welsh – Rehbein) elevating the sternum by partial bilateral resection of the elongated rib cartilages (mostly: rib 3. to rib 7.), sternotomy (wedge osteotomy) and stabilization using the Rehbein metal struts. The operation should not be performed below the age of 4 (possible impairment of the chest growing caused by a lesion of the costochondral junction).